Festive greetings to you! As a christmas treat, here are a bunch of comic ideas that I came up with a while ago that I will almost certainly never actually create. Feel free to buy these ideas off me for millions of pounds. Or two packets of crisps and a Werther's original (wrapped). 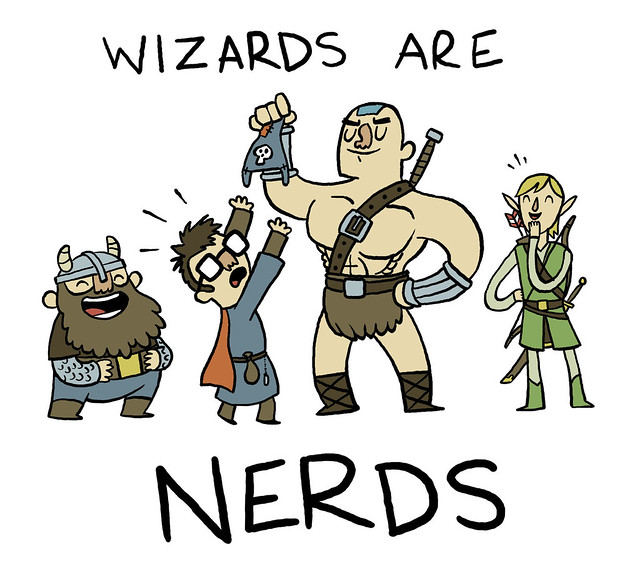 Well they are, obviously. 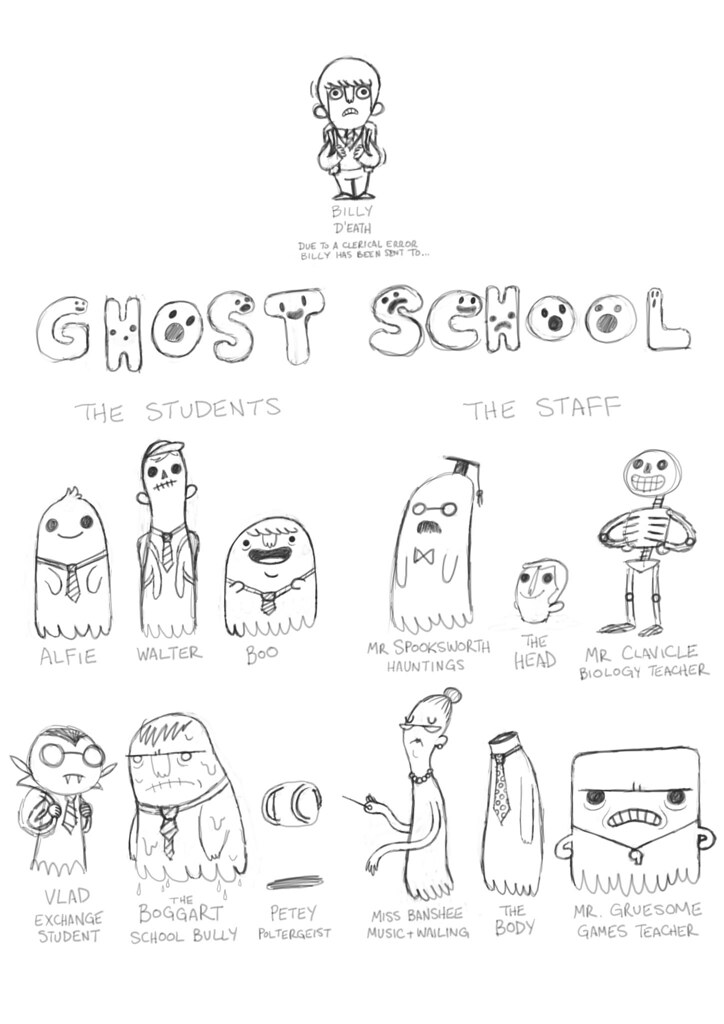 An ordinary boy gets sent to a magical school full of supernatural creatures? Where do I come up with these amazing ideas!? 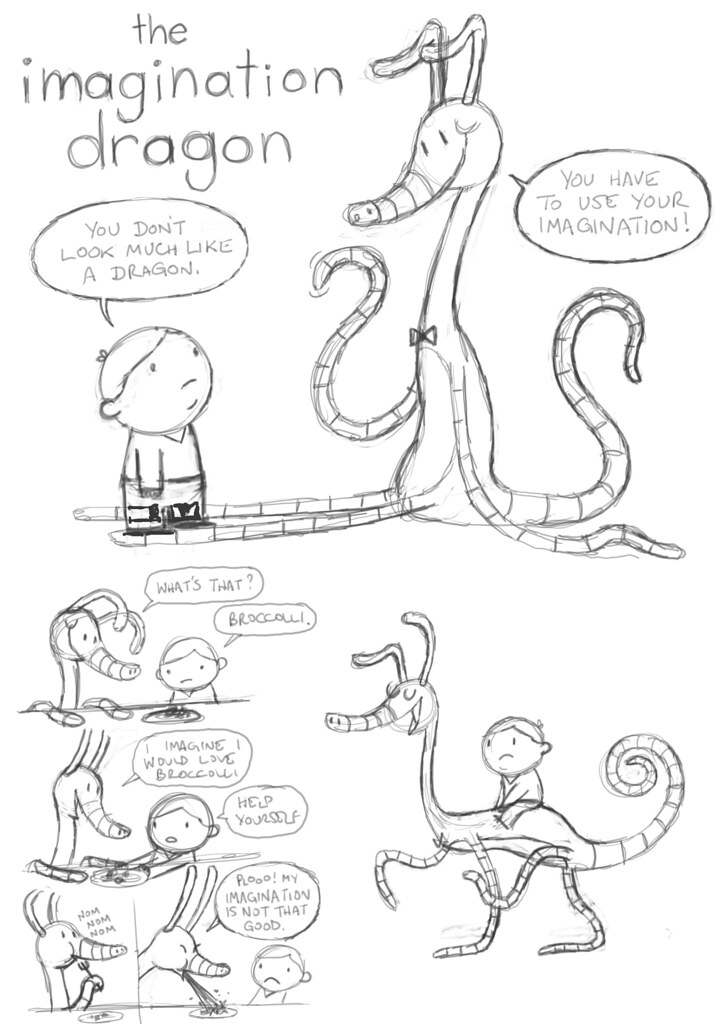 I know this might not seem like a very good idea, but you have to use your imagination. 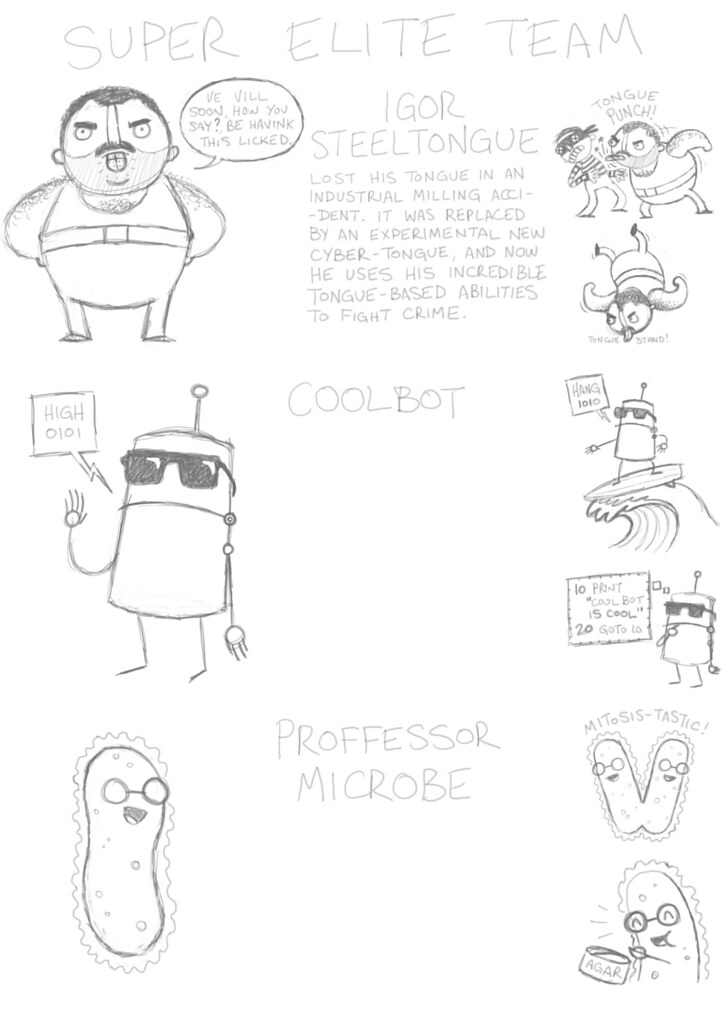 The fact that I have already used up every joke that I could think up for these characters makes a long running series unlikely. And Cool Bot tells the same joke twice.
Idea 5: HOWARD'S MOON 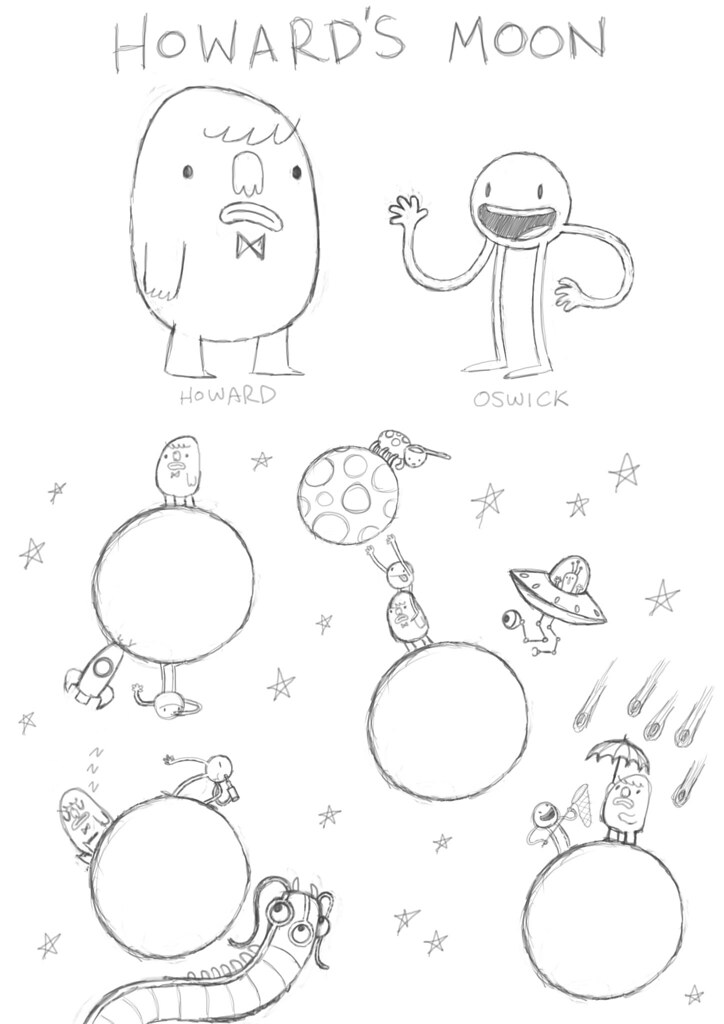 This is probably my favourite idea of the lot, but I suspect I'd need to come up with a title that isn't a reference to The Mighty Boosh.

In other news I am going to India for three months after christmas, where I will be working on comics in Delhi! I hope to get lots of work done, so watch this space!
Tags: comic ideas i will never draw, ghost school, howard's moon, super elite team, wizards are nerds
Subscribe