I hate to post a blog post with no comics in it, especially since it's been so long since I posted anything at all, but I am in dire need of the sage advice of the wisest entity there is: THE INTERNET*.

For the last month we have been getting our kitchen done (yes, folks, not only does this post contain no comics, it's also about the fascintaing subject of home improvement! Woo!), although actually mostly it has not been getting done because we found a giant hole in the wall that was hidden above the ceiling, and... well, that's another story, but to summarise work is supposed to begin again on monday, big sigh of relief, panic over, the kitchen is going to be brand new and beautiful in time for Christmas. Yay! Except ... this morning our builder comes in and tells us that when he knocked £1000 off the quote (in order to beat the other builder who was quoting for the job) he was actually knocking it off the materials, not the labour. So it looks like he's now telling us he was lowering his bid by offering to use cheaper stuff to build our kitchen - which doesn't really seem like much of a discount to me. And it gets better (i.e worse): when we tried to talk to him about this he suddenly stands up, says we can take it or leave it, and literally storms out of our house, jumps in his van and drives off!

Now to be honest, £1000 isn't an insurmountable obstacle - if he can't do it for the price he quoted us without using cheap materials then it's not the end of the world, and it's probably still worth getting him to do the rest of the job rather than try to find a whole new builder to finish off the work. The real problem is that he's flown off the handle, apparently just because we've misunderstood the discount that he was giving us (though to be honest I think he's actually just realised that his original quote is too low and is now trying to get out of it - why else has he waited 2 months after offering the discount to tell us that we misunderstood it?), and now we're worried that he's going to flip out again if there are any problems in future. So - what do we do?

He did calm down enough to send me a text saying that we can make a decision by the end of the day - this is the reply that I have composed so far:

We're just a bit concerned that you keep losing your temper - I can understand that you say we've misunderstood the call we had with you, but what I can't understand is why you became so angry with us for what was an innocent mistake, and threatened to abandon the job. We genuinely believed that the reduction in cost would come from labour, and if we've made a mistake you need to explain it to us and give us a chance to take that information on board, not shout at us and walk out. And if you thought that we had misunderstood your call why did you wait until now, 2 months after the call, to tell us about it? If there is a misunderstanding in the estimate we need to know about it as soon as possible.

We are still interested in you continuing the work, and we would prefer if you do not make cuts to the quality of the materials you are going to use, even if that means that we don't get the full £1000 reduction that you offered us originally. However we won't feel comfortable with you continuing the work if you are always going to lose your temper when we misunderstand something. If you feel like we can continue to work together, then please let me know, and if not then please let us know the cost of the work and materials so far.


That's not going to throw anyone into any uncontrollable fits of rage is it? It's firm but fair, right? Or am I being too soft - if he's flipping out now when work has hardly begun, would I be better off being rid of him now and once again beginning my search for that near-extinct creature, the reliable builder? I beseech you, oh wise and benevolent internet, hear my plea for help and grant me an answer.

To hasten you to our assistance, here is a picture of the current pathetic state of my 'kitchen':

And since this picture was taken the sink has also been removed - pity me, a lost soul forced to wash his dishes in the bath! The ignominy!

So there you have it - my information gullet is wide open, quivering in anticipation of the knowledge nuggets that you are about to cram into it.

EDIT: I should also probably mention, he lives on my road, so we can't be too nasty to each other!

* also the stupidest entity there is, but I'll take whatever help I can get 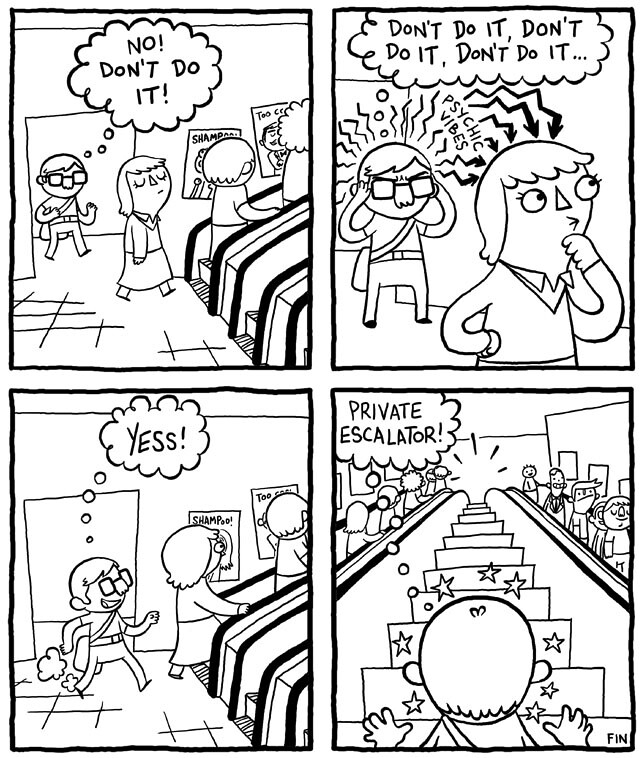 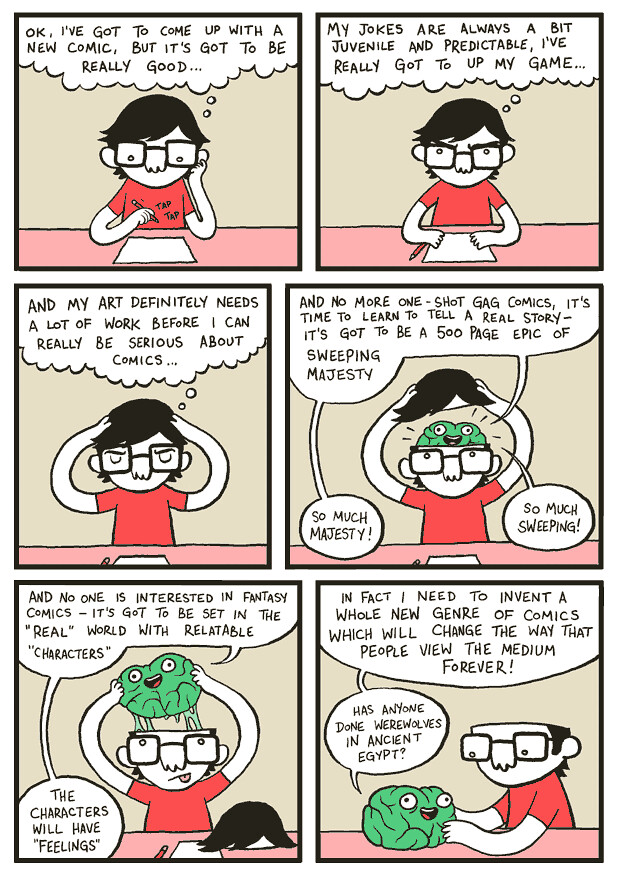 Ok, I have been very bad at updating my livejournal. Here's the picture I drew for my fathers' day card to tide you over: 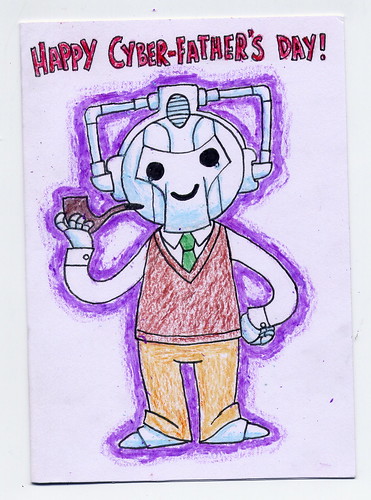 (Bonus James Turner fact: I work for the company that makes the special effects for Doctor Who! I knew he was going to be wearing a fez in that last episode weeks ago, but I wasn't allowed to tell anyone!)

At the last minute I have aquired a table for the UK Webcomix Thing this Saturday, so I have been working on a few pages of all-new Beaver and Steve adventures to share with people who come to see me at the event. Hopefully the characters will have defrosted properly in time for the event (they might still be a bit cold in the middle). Here is a little preview: 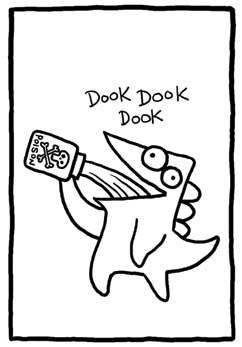 Oh Steve!
Don't worry if you can't make it - I'm sure the comics will be finding their way online in some form or another eventually.

And in infinitely more charitable news, I have contributed an illustration for the Going Going Gone Red charity auction. A bunch of super excellent artists (and me) have all contributed either a head, a body or some legs to a giant game of picture consequences, and the resulting gestalt entities will be auctioned off for charity at the end of this month. Here's my contribution:

Who know what wondrous body little little be-fezzed fellow will be riding around in?

I felt like making another Dantastic page, so I did! 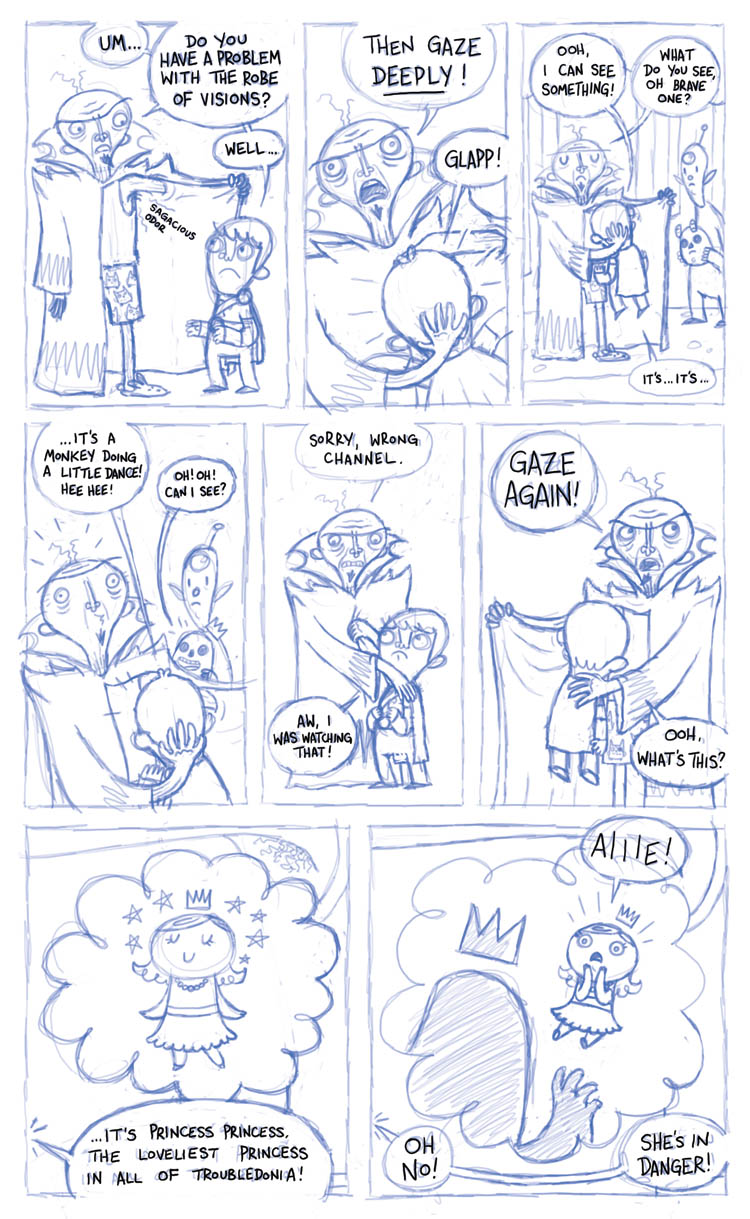 I hope the robe of visions didn't come across as too creepy...

Here's a comic I was commissioned to draw for the Muslim Hoosier newsletter: 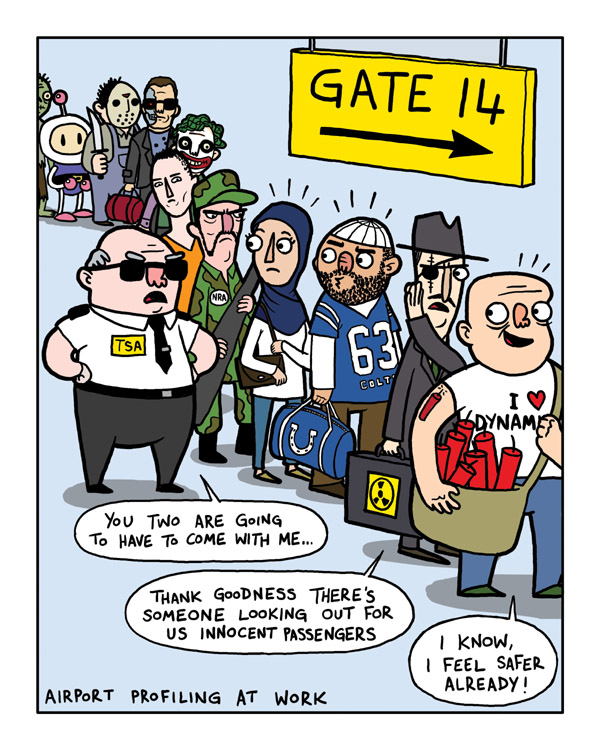 I have also been keeping myself busy working on some paintings as a commission. Last night I finally completed my masterworks: 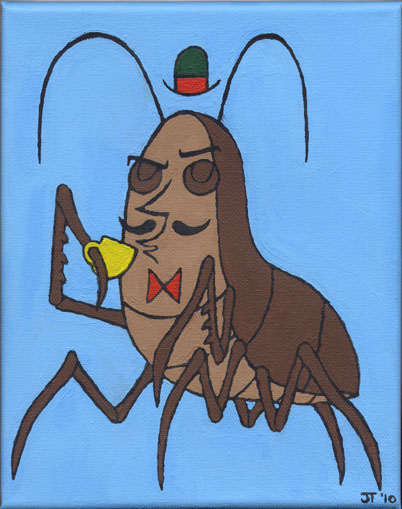 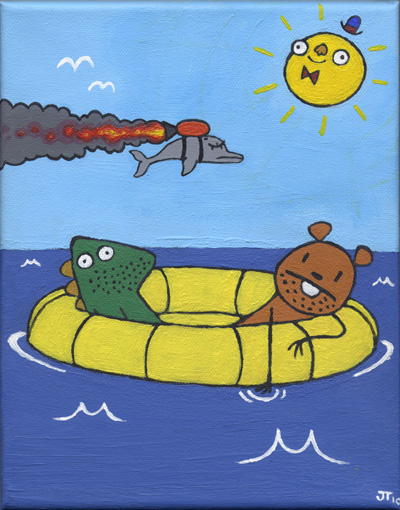 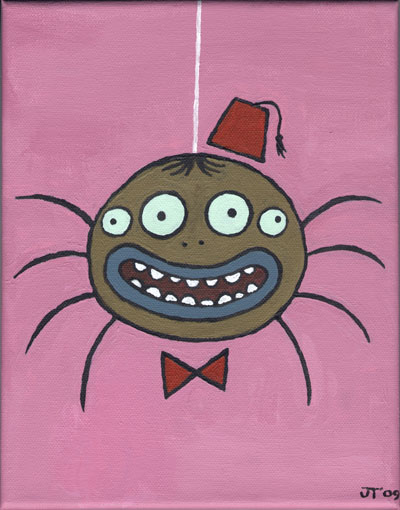 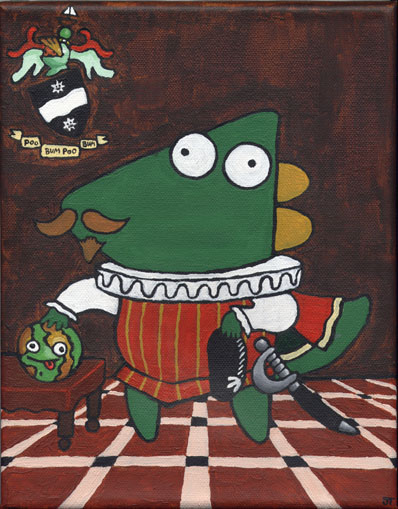 And in case you were wondering, yes, that is Steve dressed as Sir Francis Drake.

Here are two of the other designs I submitted to shirt.woot that inexplicably didn't make the cut : 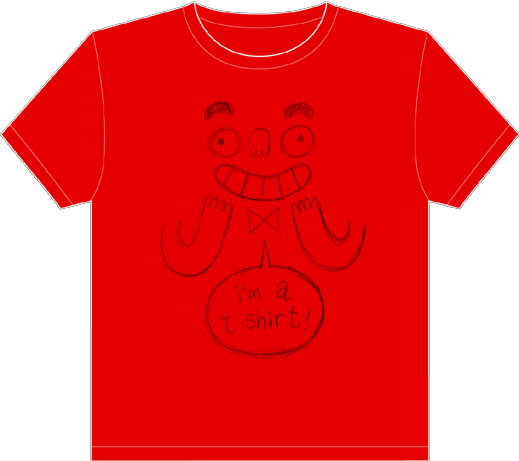 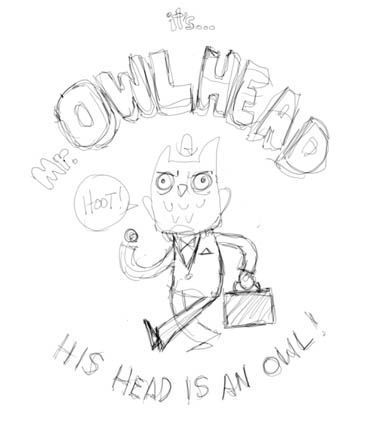 What art director  in their right mind could possibly reject these?

Sorry for the prolonged break in posts - travelling to other countries and a commute to the mouth of hell and back each day (well, Twickenham actually, but they are similar) have eaten up a lot of my time in the last few months, but I have been doing 'things' and I will be posting them here. Honest!

Anyway, there is some t-shirt related news: firstly my t-shirts are not going to be available from Topatoco for much longer, so if you want to get one you should probably buy it pretty soon, because once they're gone, they're gone. The shirts can be found here, for now. I guess there are too many hot young webcartoonists out there today, with hot young t-shirts of their own to sell, but I'll show them! *shakes wizened fist*

But if you are still hungry for my own brand of t-shirt-related nonsense, you are in luck, because I have produced a shirt design for shirt.woot which has just gone on sale this week! It has an owl on it :

If you'd like to buy this shirt, it's going to be available for a little while longer from this site here.

And I will be posting stuff again soon. I ... I promise?
Collapse